Order before 1 PM and get same day shipping

Bring North African cuisine into your home with a tajine from Le Creuset! The tagine is made of solid cast iron, with a pottery lid. With a diameter of 27 cm and a capacity of 2 litres, the pan is suitable for 4 to 6 people. To help you out, Le Creuset has enclosed a useful instruction booklet with usage tips and recipes. This way you immediately make a head start with your tagine.

The tagine is suitable for all different heat sources, including oven, induction and all-electric stoves. Keep in mind that the lid becomes hot when used in an oven so make sure the condensation does not return into your dish. Obviously the cast-iron pan can also be used for dishes other than tagine.

From the North African kitchen, the tagine has made the transition to our own kitchen. The tagine also known as the tajine, is a cooking-pot with a very high lid. The lid looks a little bit like a chimney. Condensation constantly falls back into the bowl during preparation. because of this, the taste of the food remains optimal. Meat, fish and vegetables can be prepared in a tagine. You simply serve the prepared dish in the tagine. A special way to present the dish!

Clean the pan just before the first use and dry it well. In addition, always select a fitting heat source to match the base diameter of the pan. With a gas hob make sure that the flames cannot spread around the sides of the pan. The flames should only hit the base. Also don't immediately place the hot pan under a cold tap, this could damage it. Make sure it has enough time to cool off. This pan is dishwasher proof. Do, however, realise that with frequent use this could affect the enamel finish.

The basis for the success of the Le Creuset pans started in 1924 at the fair in Brussels. Armand Desaegher (specialist in cast-iron) and Octave Aubecq (specialist in enamel) joined forces and decided to establish a company. It turned out to be an amazing decision. Ever since 1925 they have been conquering the world with the enamel Le Creuset pans.

Throughout the years Le Creuset has continued to innovate. Time and time again one returned to the drawing board for new designs, models and colours. The tagine is an example of this. A beautiful, high-quality pan that will introduce you to North African cuisine in a delicious way.

This product is fantastic value for money. If you like your food slow cooked but want something a bit more exciting than a slow cooker this is for you. This site was by far the best price available, and I looked everywhere.

This product is fantastic value for money. If you like your food slow cooked but want something a bit more exciting than a slow cooker this is for you. This site was by far the best price available, and I looked everywhere.

I love all Le Creuset things; the tagine is no exception, have used it twice to make scrummy lamb tagine. It is very heavy and takes up a lot of space. Easy to clean. If your a foodie like me this is a good buy if you injoy making big hearty tagines for the family. 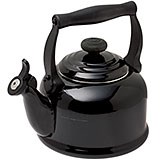 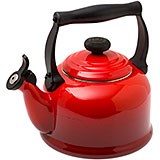 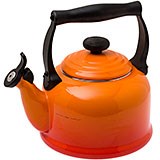 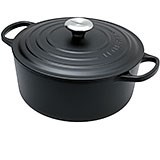 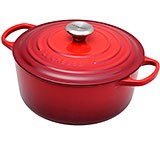 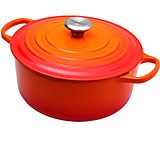 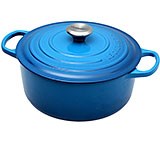 View all combideals & accessories
Back

Order before 1 PM and get same day shipping